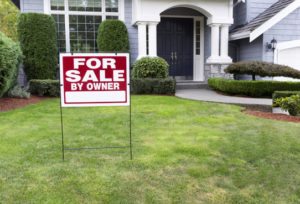 Once you have decided to sell your Parrish home, one of your first action items is to recruit a top sales team. About 90% of sellers choose a licensed Realtor® to head up their effort—not just because it’s the popular thing to do, but because the alternatives are few. You could recruit a business person from some other discipline, but few do that. Most in the minority group decide to do it all themselves—to go the FSBO route: “For Sale By Owner.”

The reason for settling on this choice is usually a dollars and cents one: to eliminate the real estate commissions. Any home sale in Parrish is a weighty transaction—so pocketing that percentage looks like a businesslike decision. It usually does have financial ramifications, but not necessarily the kind that the Town FSBO seller was hoping for:

A financial result—the usual reason for most Parrish FSBOs—often comes to pass, but it’s the opposite of the one intended. You might say that the FSBO strategy should really only be attempted by those for whom money is no object. In effect, FSBOs are the champagne of real estate strategies…

I’m only half kidding about that last—but not kidding at all when I suggest that you get in touch with me when it’s time to sell your own Parrish property!