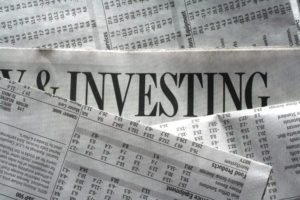 “Time is of the essence!” is the kind of everyday phrase you might hear any time in Palmetto. Most often it’s tossed off casually—as when someone gets impatient, waiting for a friend who’s been dillydallying. That’s when it means “we’re gonna be late!”

In Florida legal contract phraseology, it has a more precise (and serious) meaning. To lawyers, including that phrase means that the parties must perform X by date Y or else! It means that missing a deadline will cause material harm. “Time is of the essence” in that connection is literal: the time element has value—it’s essential to the deal.

For Palmetto Real Estate Investments Time is of the Essence

When you examine an investment in Palmetto real estate, the actual phrase doesn’t have to appear in any agreement docs for time to play an important part “of the essence” of the investment. This isn’t just some abstract philosophical notion—integrating it into your buying, selling and management decisions will certainly affect the concrete dollars-and-cents results.

Most basic is a concept common to all investment avenues: the time value of money. The basic principle is that, provided money can earn interest, any given amount of money is worth more the sooner it is received. Most people are painfully aware of the inflationary effect of time on the money they earn—they know darn well that $1-a-gallon gasoline has become a distant memory (the same way great-grandparents used to describe 5¢ hamburgers).

The importance of having not just a nodding-your-head understanding, but of having a believing-it-deep-down kind of understanding of this may be why mature investors can be more stubborn about sticking to spending limits. They’ve experienced the rate at which Palmetto properties grow in value over time—which means that if they were to pay 8% or 9% over what they truly believe a home’s value to be, it could take a couple of years before its resale value would reach even a breakeven point. Thinking in terms of its time value—picturing it just lying there, inert, for a couple of years—makes for a less appealing proposition.

For typical Palmetto homeowners whose major reason for their real estate investment is as a residence, the time element works on many channels at the same time. The residence may lose some value as daily living’s wear and tear takes a toll, but at the same time, it’s all but sure to gain value through inflation. It might lose or gain as the immediate neighborhood changes for good or ill—although it could gain considerable value through wise decorating initiatives. About those decorating initiatives: it’s a canny homeowner whose first efforts at home improvement come in the garden: the right trees planted today can become hugely beneficial a decade or two from now—and hugely expensive to try to duplicate later. If you’ve ever discussed the cost of craning in a 25-foot shade tree, you understand the reality of “time is of the essence!”

The hot spring-summer selling season is set to start cooling down, but there are loads of great Palmetto properties on the market right now. Get in touch with me, because time is of…well, you know!